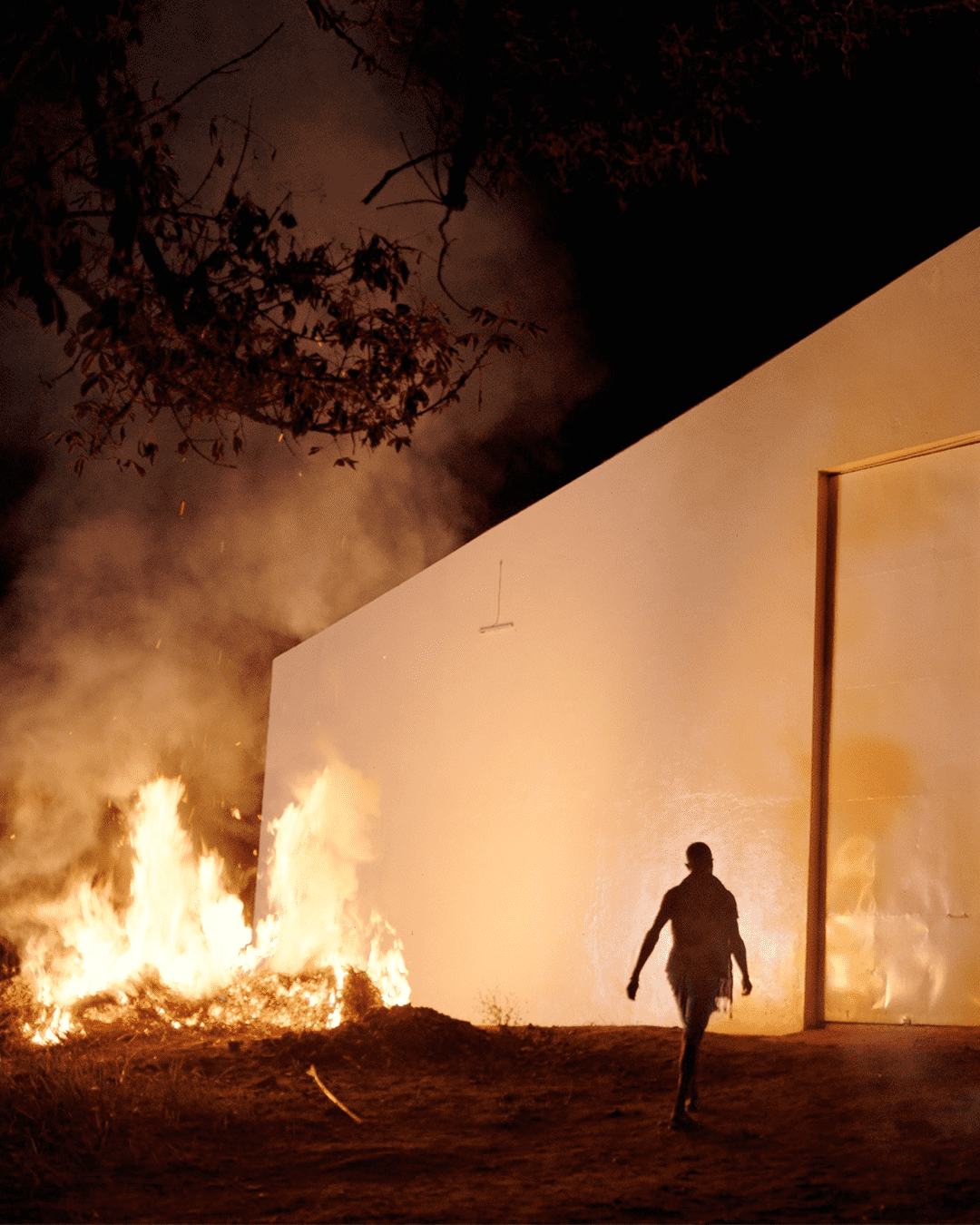 The virtual screening on 11 May 2021 will present Renzo Martens' documentary that was created in the Democratic Republic of Congo, continued by a discussion on art and its power to bridge cultural and socio-economic differences.

Artist Renzo Martens directs White Cube, a feature-length documentary set in the Democratic Republic of Congo. The film is launched globally in 15 institutions across 4 continents, including Museum MACAN.

In White Cube, Congolese plantation workers set a new precedent. They successfully co-opt the concept of the ‘white cube’ to buy back their land from international plantation companies, and secure it for future generations.

From the violence of the plantation system to the aesthetics of the white cube, the film puts forward a proof of concept: museums can become decolonized and inclusive, but only on the condition that the benefits accrued around the museum flow back to the plantation workers whose labor financed – and in some cases continues to finance – the very foundations of these institutions.

White Cube is the follow up to Martens’ 2008 film Enjoy Poverty. It follows the Cercle d'Art des Travailleurs de Plantation Congolaise (CATPC), a plantation workers’ cooperative based on a former Unilever plantation in Lusanga, Democratic Republic of Congo. The film documents CATPC’s success in ending the destructive system of monoculture on their lands.

After a failed solo attempt by artist Renzo Martens to resolve inequality through critical self-reflection, this group of plantation workers employs the privileges associated with the white cube to get back the land that was stolen from them. From the historical foundations in indentured plantation labour of art world giants such as Tate Modern, the Van Abbemuseum and the Ludwig Museum to the gentrifying neighbourhoods around these museums, from the boardrooms of Unilever to the exhausted plantations of Congo, the film sets a new paradigm. White Cube is no longer content with mere scrutiny, it proposes a paradigm shift: practical solutions for an inclusive and egalitarian economy.

White Cube is a film directed by Renzo Martens in collaboration with CATPC.

Screening schedule will be available soon! Follow us on Instagram to be the first to know about the announcement!

FREE (limited space, for Indonesian residents only). Audiences are suggested to register early to secure their spots. Click the button below to register yourself at the film screening!

Discussion
The discussion will focus on the role of art in facilitating an understanding on local issues within a society (in the context of the film is Lusanga, a town in the Democratic Republic of Congo). The speakers, moderated by Asri Winata (Assistant Curator, Museum MACAN), will discuss how art functions as a catalyst, a method of therapy, and a way to obtain freedom.

1. Nurhady Sirimorok
Nurhady Sirimorok is a rural issue researcher and a writer based in Makassar. Some of his works are an essay titled Laskar Pemimpi: Andrea Hirata, Pembacanya dan Modernisasi Indonesia (INSISTPress, 2008) and Yang Tersisa dari Yang Tersisa (Buku Mojok, 2020). He is also among the founder of Ininnawa, a community handling several organizations including Biblioholic, Penerbit Innawa, Sekolah Rakyat Petani Payo-Payo, and Active Society Institute (AcSI). In 1999 he graduated from Universitas Hassanudin, Makassar majoring in English Literature, and on 2007 from Rural Livelihood and Global Change, Institute of Social Studies, Den Haag, Netherlands.

2. Halim HD
Halim HD a.k.a Halim Hardja or Liem Goan Lay was born in Serang, Banten, West Java in 1952. He is a writer; literature and cultural critic. He studied at Universitas Gadjah Mada (UGM), Yogyakarta. Since 1972 he is actively involved in organizing various cultural programs and writing essays. Halim used to teach Bahasa Indonesia in The University of Michigan (1989 – 1992) and became the research assistant for Cornell University Modern Indonesia Project (1990 – 1992). 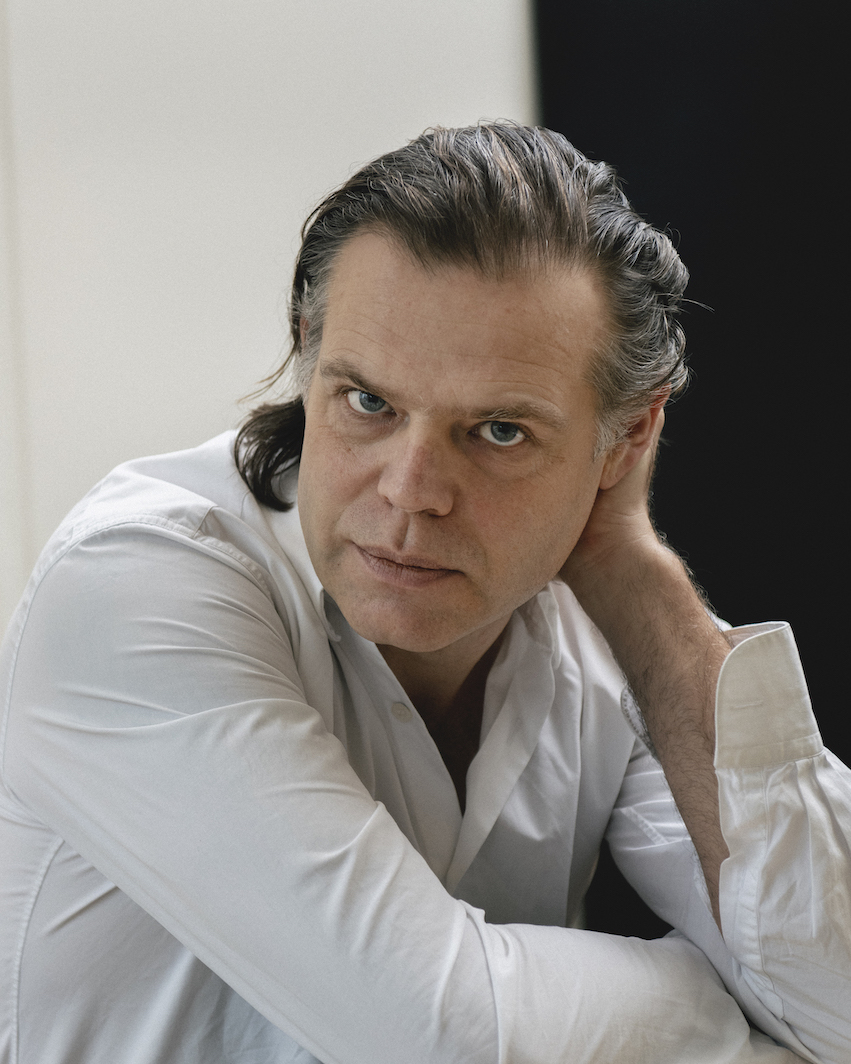 Renzo Martens (1973) studied political science and art. He gained international recognition with the films Episode I, and Episode III: Enjoy Poverty, which was televised in more than 23 countries. In 2012, Martens established Human Activities and its Gentrification Program in Democratic Republic of the Congo.

Together with the plantation workers of Cercle d'Art des Travailleurs de Plantation Congolaise (CATPC), he uses artistic critique to redress economic inequality — not symbolically, but in material terms. Consequently, they opened an OMA-designed White Cube on a former Unilever plantation in 2017. The work of CATPC has been shown in a solo exhibition in ScultptureCenter New York, Mori Art in Tokyo, KW Berlin and in the 21st Biennale of Sydney.